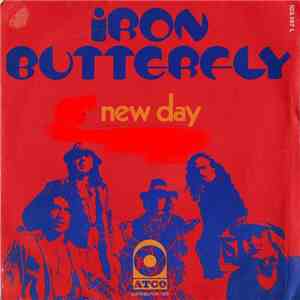 Heavy is the debut studio album by the rock band Iron Butterfly, released in early 1968. The first two tracks, "Unconscious Power" and "Possession", were released as the respective sides of a single. Three of the group's members (Darryl DeLoach, Jerry Penrod, and Danny Weis) left the band shortly after the album was recorded, leaving Ingle and Bushy to find replacements.

New Day. This song is by Iron Butterfly and appears on the album Metamorphosis (1970) and on the album Light And Heavy: The Best Of Iron Butterfly (1993). Come and have a new day-yeah. Hey, we all knowThat the town is around us today. Talking 'bout the pain that comes afterAnd what a high price it seems we got to pay for live.

This album stands as something of a minor landmark, musically - as far back as the late '70s, its presence in used record bins attracted a great deal of attention from historically minded collectors, as a genuine live recording of its era, and of a hard rock, heavy metal band, at that.

Made in France
On back sleeve: with Mike Pinera and El Rhino